The Elements and Principles of Design

I hear a lot of confusion when it comes to the Elements and Principles of Design. While most know the elements and principles, they often confuse which go under what category and more importantly, the difference between the two of them. These are the building blocks for fine art as well as graphic design and without a clear understanding, your design can quickly fall apart. Whether you're a new or experienced designer or a business owner wanting to know more about the process; the following should prove to be informative and nice a brush up on the basics!

Below are the elements and principles of design defined but first, let’s cover the difference between the two real quick. To put it simply, the Elements of Design are the pieces that make up your art while the Principles of Design are the “blueprints”, “rules”, “philosophies”, etc that guide your design and tell those pieces how to act. Keeping that in mind...

Lines can be defined as linear marks and are about movement and direction. These linear marks can make up just about anything, from the angles and curves of the text you're reading, to the shapes behind the intricacies of a design. In fact, lines can establish emotions, and ideas as well as be used to lead the viewers eyes in a particular direction.

Versatile, and effective graphic elements, lines are an integral tool in the design arsenal.

Shapes can be organic or geometric and are defined by boundaries such as lines and colors. Ultimately, because everything is technically a shape it's important to keep in mind how all the different elements in your design are interacting with one another.

The impression of texture can provide depth to a flat design. Texture can imply more than a touchable environment, it often helps to build an immersive world for the viewer.

It might seem obvious, but it's worth saying.. repeatedly. Color is paramount. Capable of influencing our perception of the physical, psychological, and social environments we surround ourselves in, color can be applied to nearly all elements and in a multitude of ways.

Space is the contrast that allows everything to be seen and recognized by connecting and separating elements. Often overlooked, negative space can be a powerful ally in providing readability, contrast, and the formation of interesting shapes.

Similar to shapes, forms are 3 dimensional objects that can effect the way we comprehend a composition.

Refers to the visible lightness or darkness of a color. Value can be used for emphasis as well as creating the illusion of depth.

Unity is created when all elements of the design are developed in relation to one another and feel as though they belong together. Unity must be balanced out with variety- too much unity is boring, too much variety is chaotic.

Balance is the visual weight of the elements within a composition. Like the use of negative and positive space, balance can be applied in a variety of ways to create an impact on the viewers emotional and psychological inatke. Balance can be achieved in 3 different ways:

Symmetry is when both sides of the composition are equal in weight. Symmetry is comforting to the human eye.

Asymmetry is when elements are applied unevenly within the composition. This is the most interesting form of balance to the human eye.

Radial Symmetry is when elements are equally spaced around a focal point. A good example of this is the “rising sun” graphic.

When the artist creates an element, or area on the composition that is visually dominant and demands the viewer’s attention.

Contrast/ Similarity is the accentuation of the differences and resemblances of two or more elements in a composition to create focus, drama, or excitement within the design. Contrast can also be used to create better legibility for text. Great examples of contrast within a design are the paring of a bold, thick font for titles with a thin light font for the body text, combining rough textures with smooth, or it could be the simple use of a small and large graphic. The point is, our eyes love contrast.

Movement is the direction the eye travels throughout a design as a result of the use of the elements of art in a particular manner. Movement can be created by lines ( real or implied), by the illusion of space, by edges, by repetition or by mark making.

Pattern is the uniform repetition of any element of design, however, anything can be turned into a pattern with repetition.

Rhythm is created by movement implied through the repetition of elements of design in an organized but non- uniform way. Rhythm relies on variety, not consistency.

Hierarchy helps to signify the level of importance of each element within the design. Usually, you can split a design’s hierarchy into 3 levels from the most important to the least. Your most important piece of hierarchy in a typography design would be the heading. You want this to be bold and stand out amongst the other type on the page in size, font thickness as well as possibly color. The second tier of hierarchy are the elements that are still important, but that don’t need as much attention as the heading. These would be elements such as subheadings, pull quotes, and other additional information.  Finally, the least important text visually are shown,  such as the body text, links, etc which don’t require excess attention.

Creates emphasis and aids hierarchy. Scale can be expressed realistically, such as a mouse next to an elephant or abstractly.

Often referred to as "flow", direction decides the pattern or movement of the viewers eye. Generally, the viewers eye will naturally travel from the top left corner to the bottom right corner, in a sweeping- like motion. Keeping the above in mind, you can pave interesting "paths" for the eye to follow. 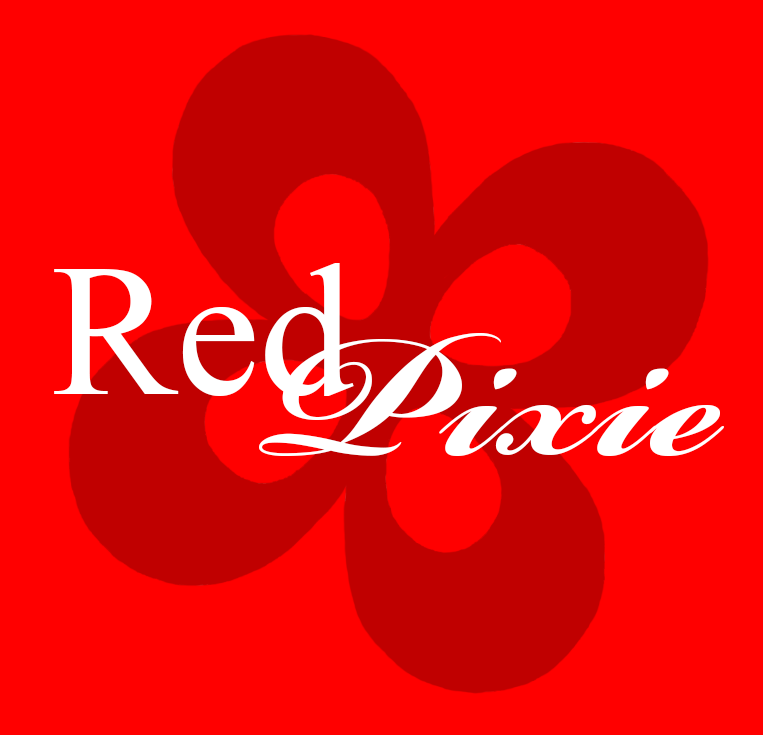 Social Media
Spreading Yourself Too Thinly Over Social Media: Stop the Cycle
Avoid spreading yourself too thinly over social media with this quick guide.
Written by
Julia Delk
Business
How to Stay Focused
Staying on task and focused on your goals can be difficult. Learn some easy tricks to getting focused and staying focused.
Written by
Bianca Zaklikowski
RedPixie News
Our Expanding Team
RedPixie is growing! We're preparing to add new team members who can help us to continue to offer outstanding service and remarkable creations.
Written by
Julia Delk

Join the Red Pixie Newsletter for the latest updates on my blog, as well as helpful tips!
Subscribe